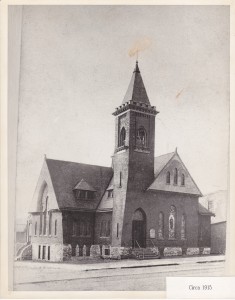 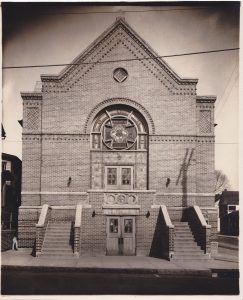 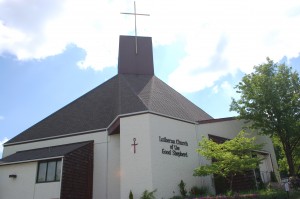 History of Lutheran Church of the Good Shepherd, Coatesville

By 1881, Lukens Steel began operating its first open hearth steel making furnace in Coatesville, Pennsylvania.   People were required  to  run  the  mill and  workers  moved into  the  area  from  every  part of Pennsylvania,  from  southern states,  and  even  from  European  countries.  This influx of people necessitated the building of homes and businesses as well as churches.

In the late 1880’s a group of Lutherans  gathered  themselves  in  the  west end  of Coatesville  and  determined  they needed a church  to  call home.  In June 1890, Trinity Lutheran Church was officially organized. Construction of a church  building was begun and two years  later, the  members  worshipped  for  the  first  time in their  brand new building, located  at Church  Street  and Lincoln Highway in  Coatesville.

Lukens Iron and Steel Company grew, Coatesville grew and so did the number of Lutherans.  So many, that a second church was need in the east end.  Several  families from  Trinity decided to  build another  church  in  the  east  end  of Coatesville  to  serve  the  growing  number  of people living  in  that  part  of the  city.  And so, in 1907, the Evangelical Lutheran Church of Our Saviour was formed with fifty members. They  immediately  began  construction  of a building , located  on  5th  Avenue  and  Chestnut Street,  was completed in December of 1909.

As Lukens Steel prospered, so did the City of Coatesville.  As a result, the two Lutheran congregations in Coatesville grew and grew.  In the late 1960’s both congregations began exploring ideas on how to expand or otherwise build new facilities for their growing congregation.  It was determined that neither Trinity nor Our Saviour could build a new church on its own. That’s when they decided to build one new building together outside of the city limits, on 17th Avenue, in Caln Township.

On January  I,  1970,  the  Lutheran  Church  of the  Good  Shepherd  was  officially organized with the support of both Trinity and Our Saviour congregations.  A new building was constructed and dedicated on September 15, 1974.  Good Shepherd has been serving the people of this area ever since.

See a few pictures of our History